​          If some Wednesday morning around 10 o'clock you happen to be walking around Oakland's urban jewel, Lake Merritt, you very likely may see a unique and delightfully improbably sight: a collection of white and blue-clad women energetically pulling long oars in their large white and blue boats.
These are the women and whaleboats of the Oakland Women's Rowing Club, thought to be the oldest ongoing women's whaleboat rowing club in the country.  Also known as Ladies of the Lake, members are all "of a certain age"--ranging from their fifties even into their nineties.  We row with enthusiasm--for the exercise, for the camaraderie, for fun, and for the pleasure of being on the water in the midst of beautiful surroundings and the wildlife on the Lake.  We dress in white, with sailor hats, blue scarves dotted with membership stars, and orange jackets in winter.  The mornings may be sunny with blue skies or overcast with breezes rippling the water, but we are there.
The OWRC meets monthly after rowing, for a business session followed by a lunch at the Boathouse. 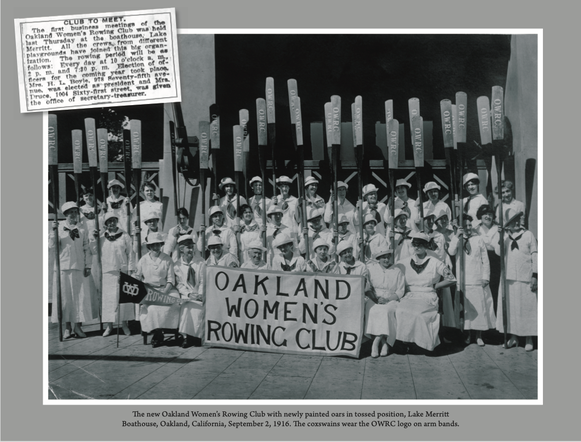 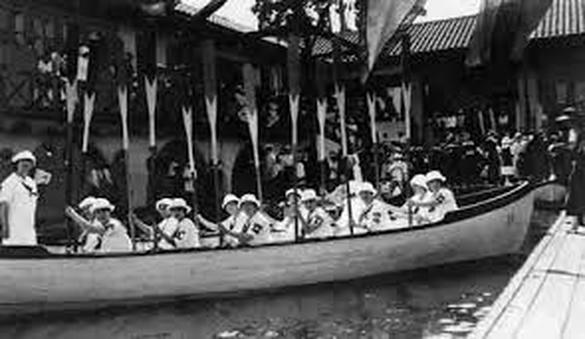 The Club began in 1916, and the Ladies have been rowing on the "bounding main" of Lake Merritt ever since.  The century has seen much change: in the Lake itself, in the surrounding architecture, in styles and in the lives of members.  But the traditions and spirit that created OWRC have remained.​ 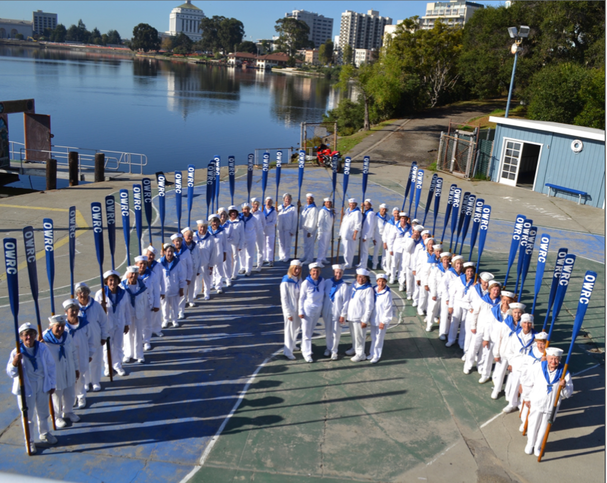 One special and often sad tradition is the support the Club has given when a member passes away.  On a Wednesday morning, scheduled so that family members can attend, the members row the whaleboats out to the middle of the lake, and the Ladies drop flowers into the Lake in memory of their rowing friend. 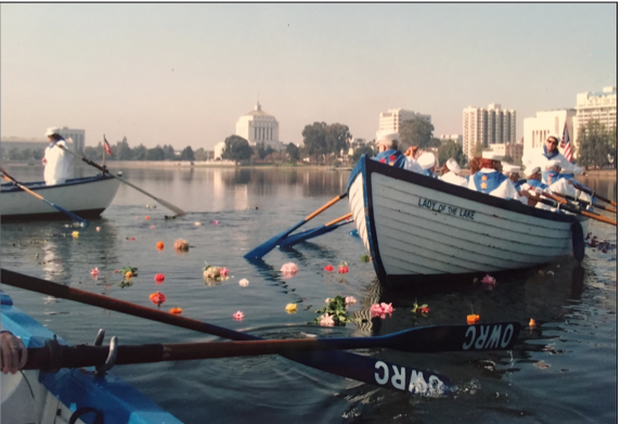